How to Make a Compact Camera Slider for $5


How to Make a Compact Camera Slider for $5

The article talked about how from parts purchased in the store for a few minutes to assemble a universal slider for shooting video and VR-Object-s, not drilled with no holes.

While recording video of the construction of a large rail slider, it took some of the scenes take off with the help of mobile cameras. To this end, I decided to hastily erect the easiest parts of the slider is already acquired for the main project. The design was so simple that I collected it in just 15 minutes. If among my subscribers will videoblogery they hope will appreciate the home-made under appreciated.

Of course, I’ll tell you about the rail and the slider, which also will be built entirely from prefabricated parts. But its structure is much more complicated, and financial costs of three times higher.


That’s what it took to build the three-wheeled slider 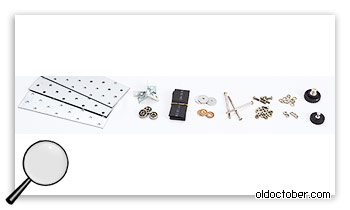 In the picture all the necessary parts and materials for the assembly of three-wheeled slider.

The main parts and assembly units

Fasteners (the total value of approximately –1-2$)

It is hardly necessary to talk about the process of assembling the slider, the more so because there videoillyustratsiya above. I just tell about how "shod" bearings. This can be done by using a hair dryer or a lighter construction. Although lighter use is undesirable, since uneven heating in the flame tube at the thickness may vary around the perimeter of the bearing is stronger than when more evenly heated by hot air.

The fact that the magnitude of detonation (fine vibration) of the slider depends not only on the quality of the surface on which the slider slides, but also on the wheel radial runout. In particular, the wheels on the toys that have been in my possession, did not provide an acceptable level of detonation. 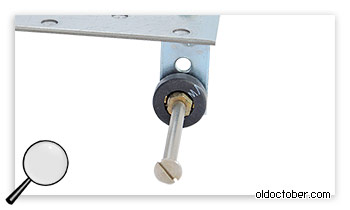 The tube, which I used as a tire, too, is not perfect, and introduces some non-uniformity in the movement of the camera. However, it improves the adhesion of the slider wheel with the supporting surface and protects the latter from damage.

To improve the ride, it is necessary to burden the slider, which creates an additional burden on the supporting surface. In the apartment there exists little perfect surfaces and most likely they will be varnished or polished panels of furniture. "No shoes" bearings can be left on these surfaces traces.


Use the slider for video capture and VR-Object-s 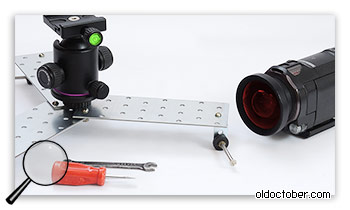 Here’s what happened as a result. 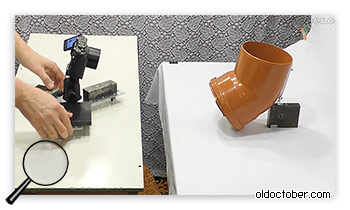 Slider of this design allows the camera to move in a straight line or concentric path which is determined by the angle of rotation of the wheels. 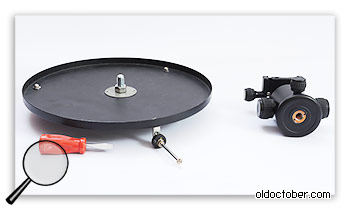 Use this slider it was so comfortable, and the design was so successful that I decided to develop the idea that this slider can be taken on the road. For this I used the platform as a thin-walled steel disk from an old lamp. According to the plan, it will be used as ballast bag of sand. 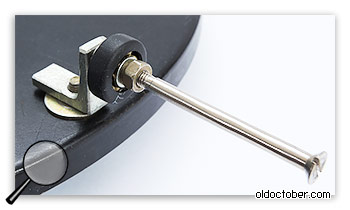 The wheel assembly was replaced by the usual furniture squares on the shorter and thicker, which allowed them to cut thread M4. Now, if the tension screws, performing the role of the rotary axes will be weakened tightening will need only a screwdriver.

When choosing a path of movement of the slider, it takes quite a precise adjustment of the angle of rotation of wheels. For this to become possible, the screws holding the ball bearings are selected so long.

Not soon, when the trajectory of the movement is rotation about the axis of the slider, it is necessary several times to adjust the angle of rotation of each wheel. The first time it took me five minutes. But when I realized the logic of movement three-wheeled platform, it began to occupy less than a minute. Manage this slider is as easy as to put the car on parking in a bottleneck.